Our games have Bite.

Happy Badger Studio is a small team of independent game developers proudly located in St. Louis, Missouri. We like to experiment with art styles, game genres, and play mechanics in order to make totally unique games that give our players an experience they can’t get anywhere else. 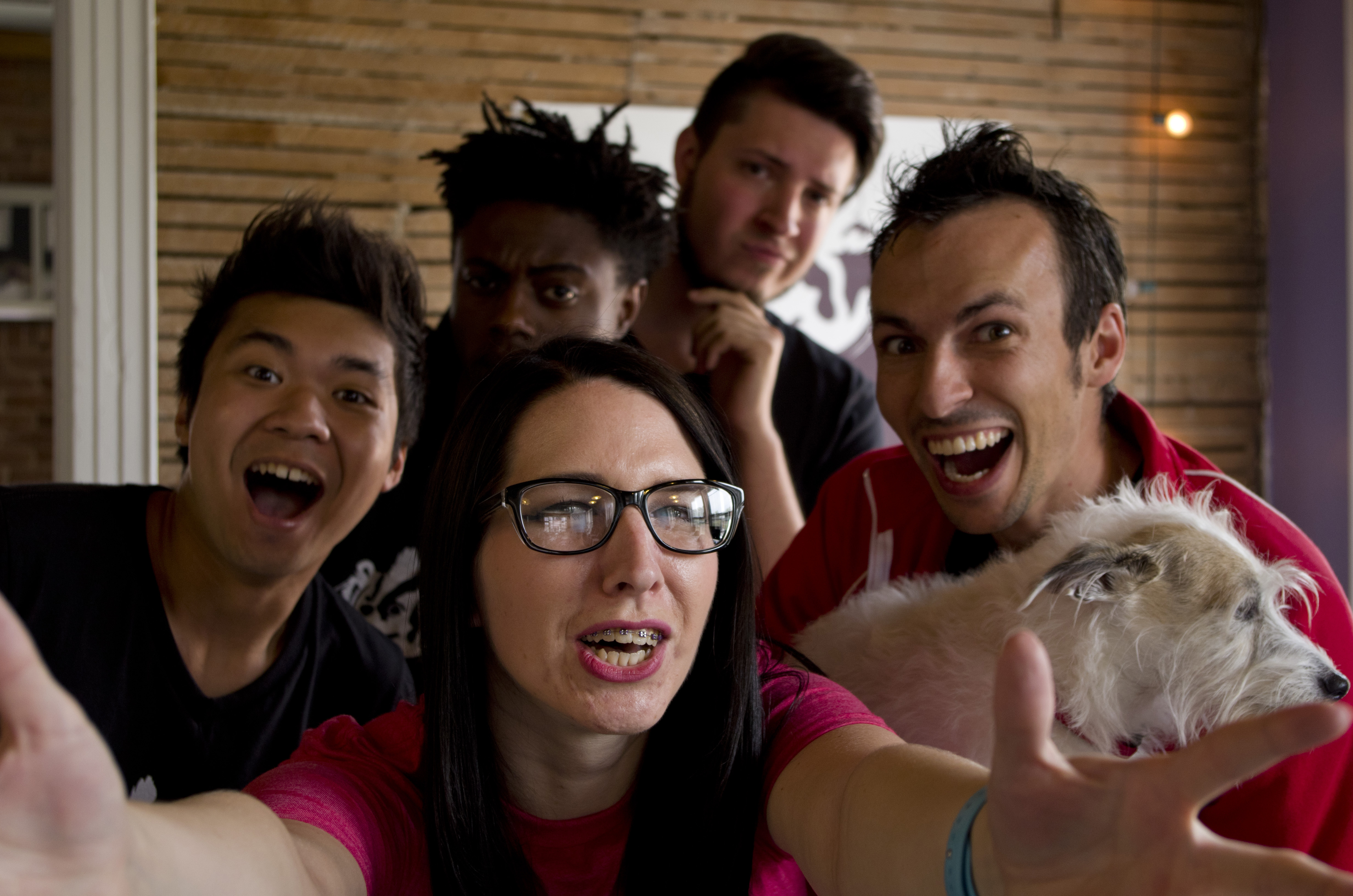 If you could live in any one fictional universe, what would it be and why? :
Star Trek, obvs. Sure there are bad guys, but it’s a lot closer to utopia than anything we’ve created so far.

What inspired you to make games? :
I just like creating. Anything. Games just seemed like a cool thing to be on the other side of.

Favorite Video Game:
Animal Crossing. It’s hands down the cutest game in existence. I can be surrounded by animals with no other humans. It’s what I strive for in life.

If you could travel back in time to give advice to 18 year old Dana, what advice would you give?:
Sleep now. You have no idea how crazy your life is about to be.

Current Favorite Song:
Froot by Marina and the Diamonds

Favorite Video Game(s):
Majora’s mask. (There are more but I would be here all day).

If you could have any super power, what would it be and why?:
Probs flight because das fun. ✈️

If you could grab coffee with any video game character, who would it be and why?:
Let’s go with D.Va because I’m playing too much overwatch and I would ask to pilot the meka afterwards.

Overwatch Main(s):
Ana and D.Va are my best, but I try to adapt to the team and situation.

If you were reincarnated as an ice cream flavor, what flavor would you be? :
Blueberry cheesecake ice cream. I’ve only had it once but it remains one of my top 10 life experiences.

How do you have so much swag? :
It is merely the illusion of swag; I am secretly five very confused cats in a trenchcoat

What video game has the best art (in your opinion):
Mirror’s Edge, hands down. I’ve never seen art direction and architecture like that in a game before.

Overwatch Main:
Mei, and I’m not proud of it. Trolling people with the ice wall is just sooo funnnn

If you were reincarnated as a drink, what drink would you be? :
Either an ice cold Horchata or a Rum and Coke (not rum and pepsi. Those are two TOTALLY different things).

Favorite Musicals:
This ones a puzzlement…three way tie between Spring Awakening, Phantom of the Opera, and the King and I.

Overwatch Main:
Genji. Watch me deflect yo bullets and negativity.

Favorite Song:
Word Up by Korn

What would be your plans for a Treat. Yo. Self day? :
I would sleep 95% of the day, play with my favorite tennis ball, and eat cookies. I suppose treat yo self day is every day for me.

If you were elected President of the United States, what would be your first act in office? :
I would eliminate the filthy postal service. Who do they think they are coming on to my porch every day and never coming inside?